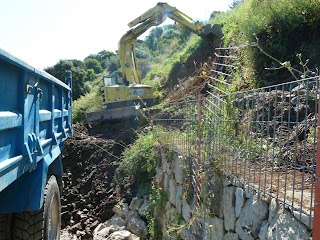 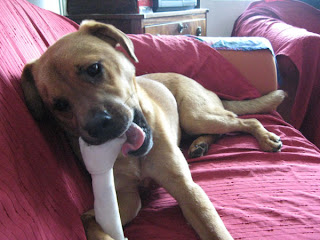 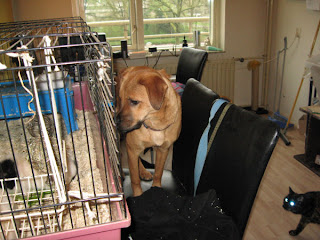 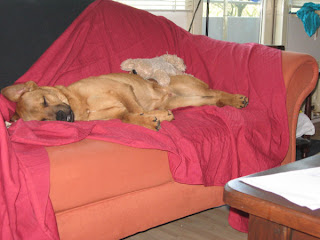 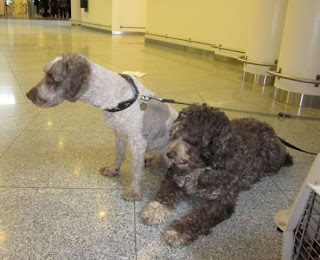 
Linos’ experienced a short stay in the shelter in La Cala de Mijas before he travelled to his new home.
He’s a fantastic looking perro de aqua, a dog in his best age, and things seemed to be going Linos’ way. Only they didn’t.
A few days ago Fabienne told me that there was a perro de aqua in Holland with great problems. He had bitten a member of his adoptive family, and now he had also bitten a member of his foster family. So now Linos was no longer just a beautiful perro de aqua - he was also apparently a dangerous one.
Like Fabienne I think that all dogs must be given a genuine chance. A genuine chance means that we offer the dog time, patience, understanding, love and guidance.
And a genuine chance most certainly means that the dog stays alive.
For Linos’ sake one more foster family was not the solution. We talked about flying Linos to Denmark, but Rineke offered to drive to Denmark with Linos, and 2 days later Rineke and Linos arrived in Denmark.
On the way here Linos was in a transport cage as Rineke didn’t know him. All the way in the car Linos had said little noises. Not loud ones, just little ones as if he tried to speak his frustrations out to Rineke.
We were anxious to find out much more about Linos, and he on the other hand seemed happy to get out of the box after many hours of travelling.
Linos sniffed around in the garden and said hello to the other dogs, and then we went into the house. Nilos was calm, worried, tired and hungry. He kept jumping onto Rineke’s lab - as if he wanted to be reassured that everything was ok. This is the part where I wish that dogs could understand the human language. How do you tell an insecure dog that everything will be ok and that he won’t ever have to worry about a thing anymore?
As the evening went by Linos seemed to relax just a little bit more, and eventually Linos and I had to go home, and Rineke - tired after many hours of driving and worrying about poor Linos - needed her beauty-sleep.
Linos and I left - and a few tears were cried - and finally Linos arrived in his forever home on Thursday night, April 7th.
Linos is a typical perro de aqua; so mentally strong and yet so very dependant on their humans. So intelligent and yet so dependant on our guidance. Such quick learners and yet so fragile when it comes to major changes in their lives.
Linos is a marvellous dog and he’s a beautiful dog - inside and out.
Whatever happened to make him bite, I’ll never know, but he’ll never bite again. This I know just from looking at him.
Thank you Fabienne and thank you Rineke for Linos. My soft spot for the perro de aquas just turned even softer. 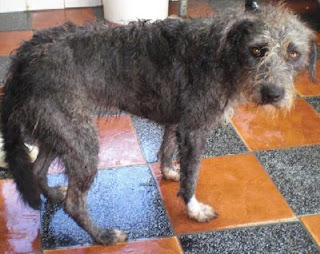 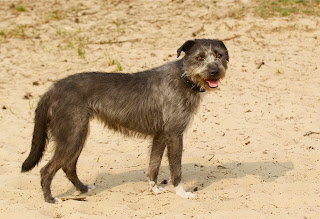 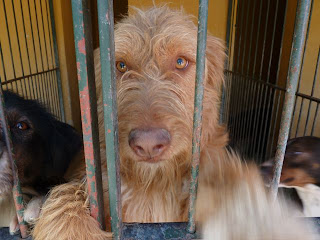 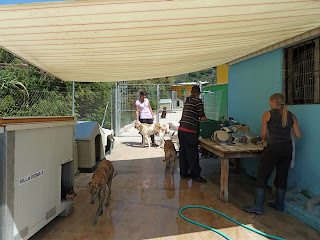 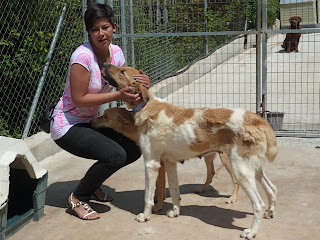 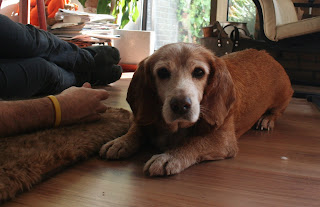 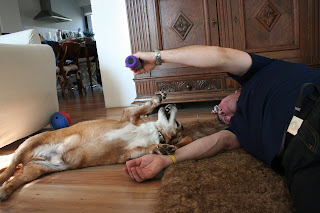 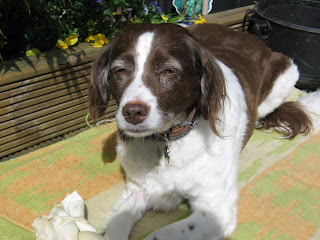 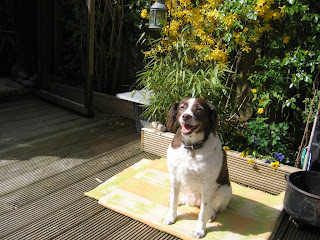 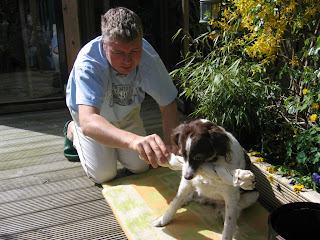 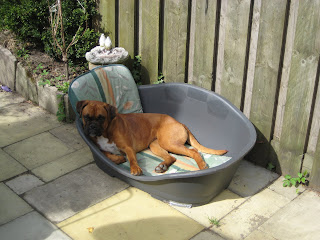 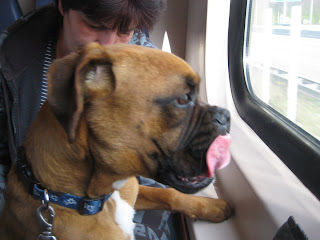 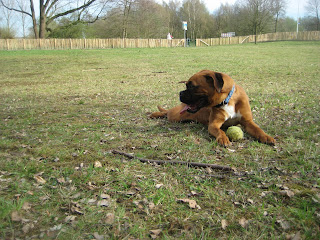 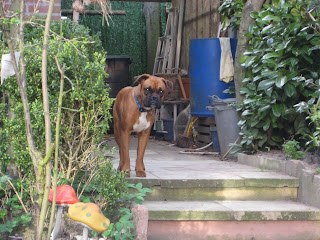 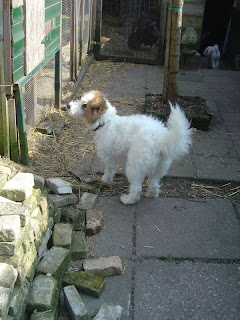 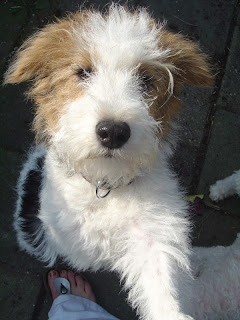 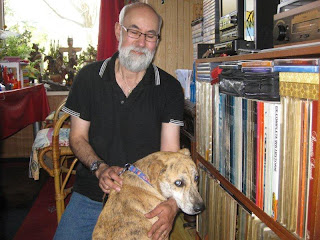 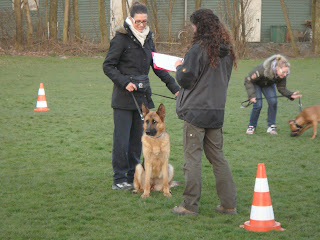 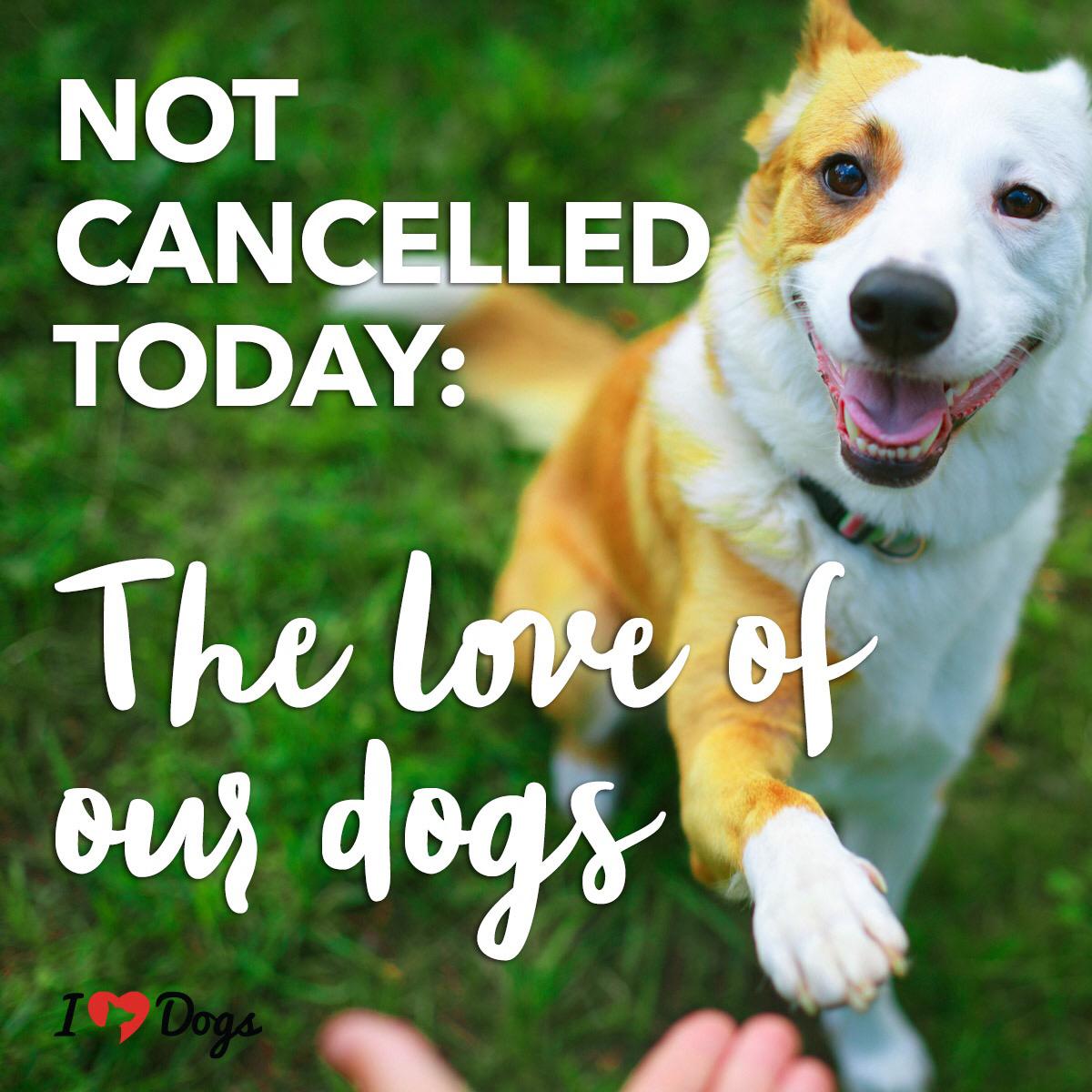 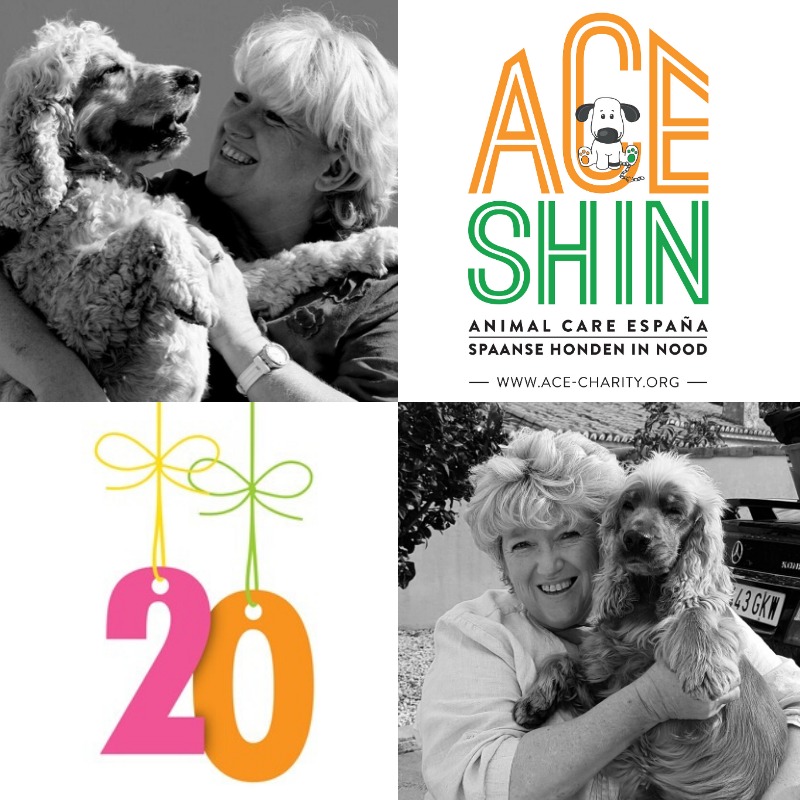 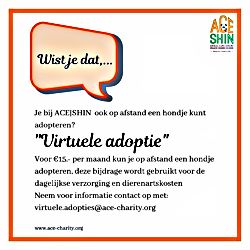